9 Tips for the Fastest Internet on Cruise Ships (from an Internet Manager!)

Whether a crew member or a passenger, it’s without question that everyone agrees cruise ship internet is frustratingly slow. Having worked as an Internet Manager and IT Officer on cruise ships for a number of years, I was able to figure out how to help crew and passengers get the best internet experience for the least amount of money.

Here’s what I found out, and I’ll explain each one in detail below:

For more insider info, you can also read the upcoming post on why the internet on cruise ships is so slow, and when the cruise ship is making it slow, on purpose!

In a day and age where devices are connected to the internet all the time, your computer, tablet or phone is constantly updating itself in the background.

While you’re trying to send an email or surf a webpage, your device is potentially trying to receive tons of these updates, completely slowing your connection down and using up your expensive internet minutes.

The average app is downloading 40 to 60 MB. Imagine what 20 to 30 apps on your device might be doing to your experience, not to mention your wallet! Your device operating system, like on your computer, could be trying to download as much as 200 to 300 MB or more. Ouch!

So I would always tell crew and passengers to turn off those updates, especially those big operating system ones.

Once you’re at a port, or even better – back at home, simply turn those updates back on again.

The only updates I recommend you keep on all the time are your virus and malware updates. Cruise ships and ports can be a cesspool of potential threats, so definitely keep those on and protecting you.

2. Turn off unneeded programs and apps

Even if you turn those updates off, many running programs and apps are still sending and receiving information.

Some are trying to send you notifications, some are syncing your data. The list is long…

So if you don’t need a particular program or app, shut it down. On my Android device, I can go into my apps list and turn them off completely. They’ll come back on next time I reboot, but I won’t reboot on the ship unless I have to.

Again, wait until you are home or in a port to turn them back on.

Crew and passengers alike, I can’t count the number of times I would see someone write an entire email while online. Goodbye precious internet minutes!

Use a notepad program or something like Microsoft Word – and hit save continuously. Google Docs even lets you work offline if you need to.

Once you’re done – login, copy and paste, send, and log out again quickly.

Once, while working on cruise ships…

I had a passenger in the internet cafe write an extremely long email to a friend about her amazing experiences on board.

After 30 minutes, her internet time ran out, but she didn’t know it.

When hitting send, her browser responded with an error message saying it couldn’t connect. And her email was lost… gone, unretrievable…

She was livid, and sadly there was nothing I could do.

Always work offline if you can.

Sending 5 or 6 pics of you on the beach or sipping your favorite drink may cost you more than you realize.

Images are 3 to 10 MB depending on your phone or camera settings. So emailing or posting those can really chew up your bandwidth and slow down your internet experience.

Some phones let you choose the image quality of the photos when you send them, so choose the lowest quality you can. Check your settings…

This is especially important for video! Try not to send or upload videos… an average video file is 40 to 50 MB. Again, ouch!

It goes without saying… wait until (all together now…) you’re at home or at a port.

The same goes for people sending you stuff, especially emails. Ask friends, family, and co-workers not to send big files like images, large documents or videos. Please, no!

Once, while working on cruise ships…

One passenger had a friend email them “funny joke pictures”. Each pic was 10 MB and they sent 5 of them – a day.

Before he could get any of his other emails, all the images had to download, which took over 20 minutes. That’s 20 minutes of expensive internet time.

After he finally got them, he looked at me and said, “Those funny jokes ain’t so funny now…”.

5. Use the internet when others are not

One thing that really slows down your internet connection at sea is the number of people on it at once.

The more people, the slower it is. And, with so many more people having devices now, cruise ship networks are pushed to capacity.

So use the internet when most other people aren’t.

As the IT Officer, I noticed some of the best times to use the internet for crew and passengers were:

Below I’ll show you how to snag free port internet right from the ship, if you’re a little techie.

Mealtimes: Most people are usually focused on their food and conversation, and although some might still be texting and surfing, I normally saw less overall connections than usual.

Showtimes: If you’re not watching one of the big shows, jump online. Again, passengers being entertained aren’t on their phones, so catch up with all things “internet” then.

Early morning/late at night: If you’re an early riser (although no need to be while you’re on vacation! ), it’s a good time to login. The same goes for night owls. Less people online = better connection for you. Try it!

6. Use the internet when you’re closer to land

I would let them know the internet on ships is satellite-based, and would then jokingly add, “because the long cable we used to connect to the internet on land kept breaking…”

Most would instantly understand, though a few asked if we could use a stronger cable next time!

Satellite technology is slow because of the great distances the signal has to travel to satellite orbit (22,000 to 26,000 miles to be exact), and then back to the ship again.

This has led some internet providers to put towers along the routes of some cruise destinations.

When the ship is near these towers, they’ll switch from using a satellite to the tower, and voila! – faster internet.

Check with your cruise line to see if they use towers during some points along the way, and if so, use the internet when you’re close to land.

7. Wait until you get to port

There are many ports with free internet, and it’s usually much faster than the ship’s internet.

Some of these places include internet cafes, restaurants and coffee shops.

Ask one of the crew where they go for free internet in port, and chances are they’ll have a list of the best places to go.

In some cases you may even need to pay a little bit for the internet, but it’s usually very affordable and much less than what you’ll spend on board.

But, do be careful! Whether free or paid, you never know what security vulnerabilities there may be, and who’s looking at what you’re sending and receiving.

So, I recommend you always use a VPN, otherwise known as a Virtual Private Network. This is a service that works on land or sea, and only costs a few dollars a month. It ensures your data is protected, hides your location, and many other things that keep you safe while surfing in unknown locales…

8. Ask for minutes back

As the internet manager, I would do this all the time for crew and passengers under the following circumstances:

Yep! If they asked nicely, I would generally give them extra minutes.

It never hurts to ask. So whether you have an internet manager on board or you need to speak to reception, always ask.

And the nicer you are, the better chance you’ll get it 🙂

This last one might be a bit of stretch for some, but it can be really effective.

If you choose to stay on board while in port, but you’d like some free internet, consider getting a USB Antenna.

A USB antenna is a simple device to pick up wifi signals your computer’s antenna wouldn’t normally see, due to its very limited range.

If you get one powerful enough, it can snag wifi signals from on land.

Some antennas can pick up wifi from 1000 meters away. Wow.

You simply plug it into the USB port on your computer or device, point it to land, and see what networks show up.

There were many times I wasn’t able to leave the ship while in port, so I’d sit on deck with my laptop, connect my USB antenna, and look for free wifi.

And I found many. Thanks Starbucks!

Again, make sure you’re using a VPN to ensure your safety though.

It also works great to get a better connection to the ship’s wifi signal, especially if your cabin isn’t close to one of the antennas.

As you can see, there are quite a few things you can do for a better internet experience on cruise ships, and I hope these insider tips have helped.

And don’t forget, for more insider info, you can also read the upcoming post on why the internet on cruise ships is so slow, and when the cruise ship is making it slow on purpose.

A Little About the Author...

Rob Lilley is passionate about working on cruise ships, and spent 5 years of his life travelling the seven seas and touching ground on all 7 continents.  With the experience of 2 different job positions in multiple contracts with different cruise lines, from explorer ships to full-sized cruise liners, Rob is keen to share his insider insights with all of those interested in working at sea! More…

How Fast is the Internet on Cruise Ships?

Do Cruise Ship Employees Hook Up? 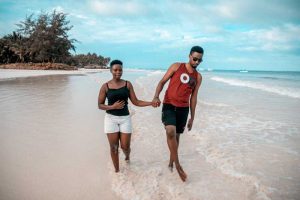 Do cruise ship employees hook up with passengers? ﻿

Want the Inside Scoop?

If you want to stay up-to-date with what it’s like working on cruise ships, sign-up to receive insightful emails from time to time!